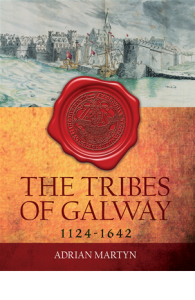 The families of Athy, Blake, Bodkin, Browne, Darcy, Deane, Font, French, Joyce, Kirwan, Lynch, Martyn, Morris, Skerrett, have been THE TRIBES OF GALWAY ever since.

Over the course of four centuries, they and their fellow Galwegians survived and even thrived against warlords and sieges, during economic booms and busts, times of plenty, famine, and plague. All within Europe’s most westerly urban settlement. This is their story.

The Tribes of Galway is currently out of print – until 2023 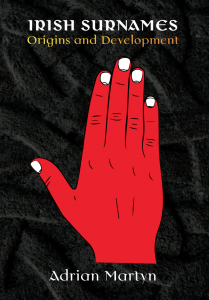 Why are Irish surnames the oldest in Europe? By whom were they created, and for what reasons? How have they changes in the past thousand years?

Irish Surnames: Origins and Development is the first book in decades to address these issues. Outlining events which created them in the 9th-12th centuries, it examines Irish surnames in general plus those of clerical kindreds, Irish Travellers, women, ‘vikings’, Anglo-Irish.

Why surnames originated later in Britain, the pros and cons of genetics, and why the notions of Celticity never related to matters Irish, especially surnames.